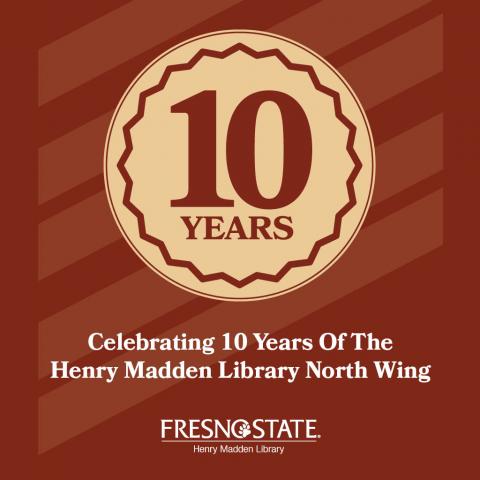 Join us to celebrate the 10th Anniversary of the Library’s expansion and renovation with cupcakes, prizes and other festivities!

The campus community is invited to celebrate the Library’s anniversary at this free event. Cupcakes and “spin the wheel”  to win prizes.

The Library celebrates 10 years since its new building (North Wing) and the South Wing renovation officially opened on February 19, 2009. Each year over 1 million people come through the Library’s doors to use the many services and resources on offer.  With exhibitions, guest speakers and activities routinely open to the general public, the Library has reached thousands in the community at large, providing a place for local residents to learn and grow.