The Japanese American Collection was derived principally from two donors: Violet Kazue de Cristoforo and the family of Fred and Setsuko Hirasuna. de Cristoforo, a noted poet, was born in Hawaii, educated in Japan and lived in Fresno, California before being incarcerated at the Tule Lake Segregation Center with her children during World War II. This experience had a lasting, searing effect on her.

Fred and Setsuko Hirasuna, American-born, second-generation Japanese Americans (or nisei) had to leave their home and farm when Executive Order 9066 ordering all Japanese Americans to first assembly centers in California and then to internment camps in the interior of the country was enacted. The Hirasunas and their children instead moved to Minnesota where they had family and therefore did not live in the camps. After the war, the Hirasuna family remained in Minnesota for a time but eventually returned to Fresno to re-start their business and prosper. The well-known Sunnyside Packing Company is still a family-run business, now in the hands of the third generation. 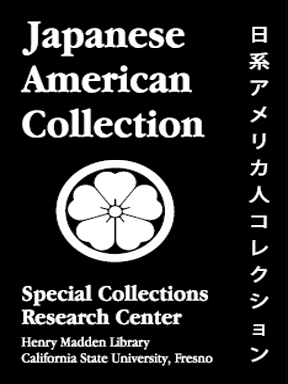