The Portuguese Beyond Borders Institute Collection derived from two original gifts from the President of the Regional Government of the Azores, Vasco Cordeiro, and the Luso-American Development Foundation (FLAD). The collection focuses on Portuguese language titles, in literature, history, poetry, essays, chronicles, memoirs and children’s books, and titles in English and Portuguese about the Portuguese-American experience in California and throughout the United States.

The Portuguese Beyond Borders Institute Collection at the Henry Madden Library seeks to connect generations and build upon our diverse multicultural experience in the San Joaquin Valley.

Items from this collection include: 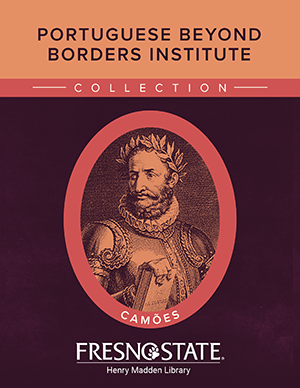